How to Permanently Delete & Blacklist Posts with Feed to Post

Whether or not you have been using WP RSS Aggregator for long, you could come across a particular piece of content that you would like to remove from your site and never see it imported again.

By default, once WP RSS Aggregator deletes a post, it removes it from the site. However, once the feed source from where that content was originally imported from runs a new fetch for new items, if that content is still in the RSS feed, it will be re-imported.

That's not what you want.

That is why we introduced the Blacklist.

By using the Permanently delete and blacklist action on a post, it is deleted from your site and added to the Blacklist. Any piece of content that is on the blacklist will never be re-imported again, no matter what. The only way to re-import it would be to remove it from the blacklist and re-fetch it from its original source. 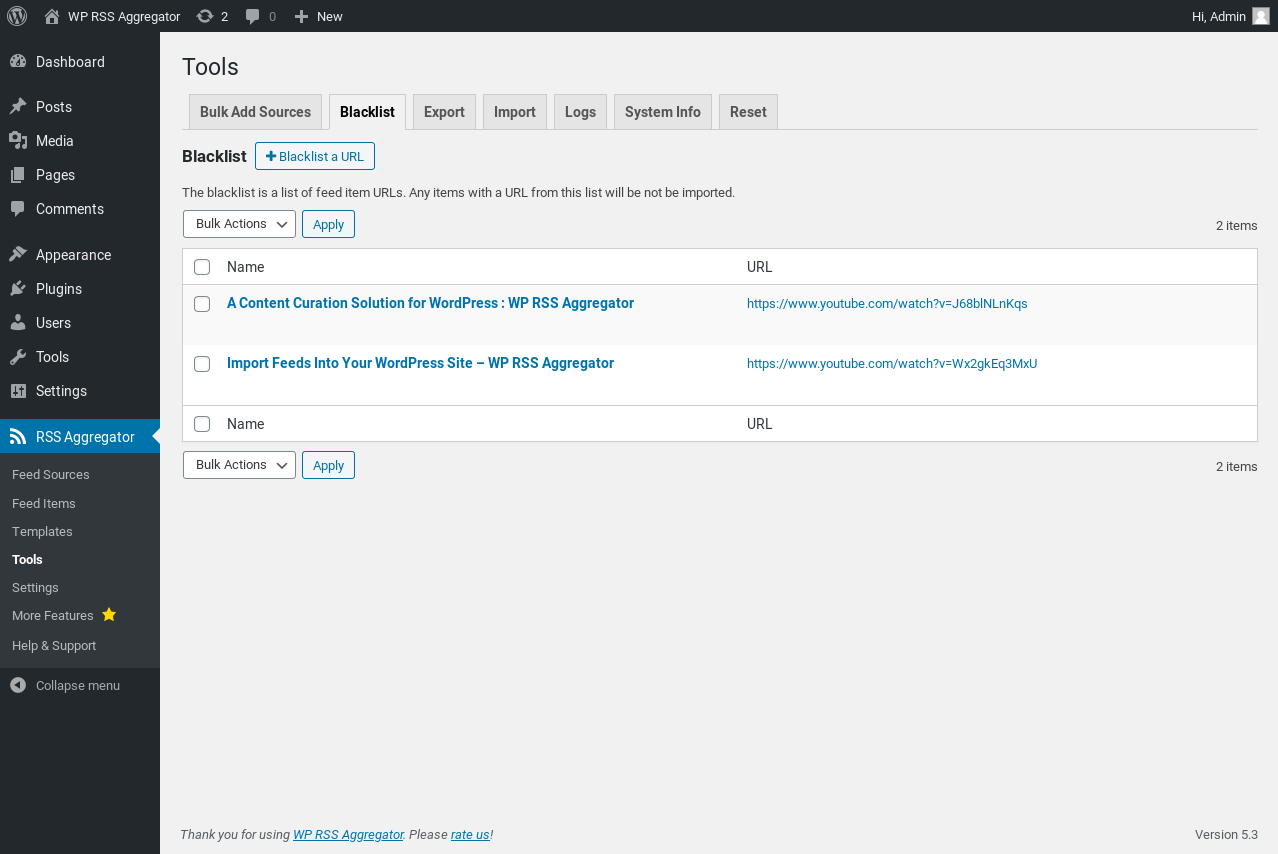